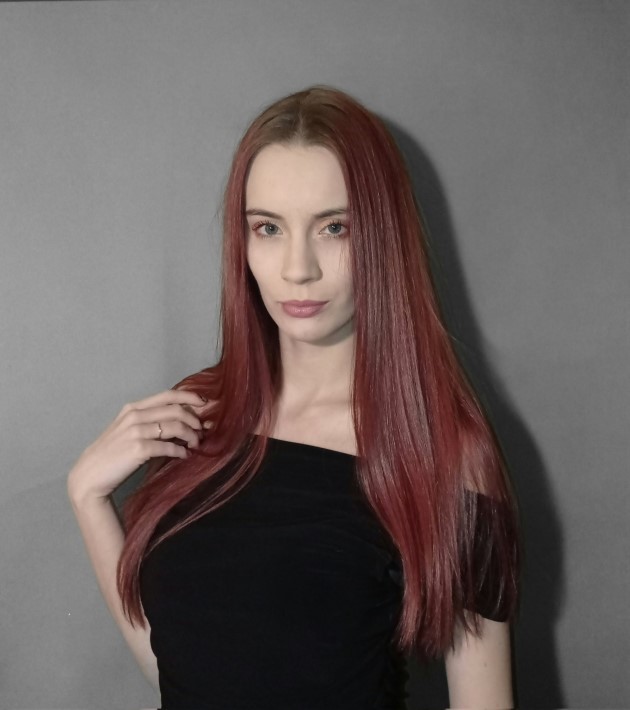 Her name is Angelika Piznal, she comes from Bielsko-Biała (southern Poland). She is 22 years old and works under a musical pseudonym – Angela. She started writing her first lyrics at the age of 13.
From an early age she has been performing in front of audiences. In middle school she performed during the school contests „I have talent” and managed to win an award.
She runs a channel on Youtube, where she uploads her songs, she also contributes a lot on Instagram.
Throughout the pandemic period, she actively participates in virtual choirs as well as international competitions, in which she wins high places.
She attends a private music school in Bielsko-Biała – Bielsko Song Studio, where she trains her vocals under the guidance of Klaudia Miszczyk.

Last year she won the „2020 Personality of the Year” award in the category of Culture in Bielsko-Biała. She was appreciated for her participation in virtual choirs, international competitions and charity work.

At the end of last year, a three-CD charity album „Heart for Heart” was released, the profit from which was donated to the sick Iwonka, who is struggling with a serious disease: https://www.siepomaga.pl/artysci-dla-iwonki.

The album was created in collaboration with well-known Polish artists. The song featured on the album is „Pałac” and it is available on her Youtube channel:
Where Does Angela get her ideas for lyrics?

„Privately, she has been in a fiancé relationship for a year. All the lyrics that have been written for some time now are based precisely on our relationship, which for the time being is kept at a distance. And I want to convey this to people, especially young people, that if two people love each other they are able to overcome any difficulties to be together, they are able to motivate each other, support each other and become better people. :)”
This is how she described her ideas for lyrics Radio Ultra Max recommends listening to her songs, which may not be in the Trance music genre but her voice is very expressive and it is possible that in some time she will be heard in Vocal Trance genre and more