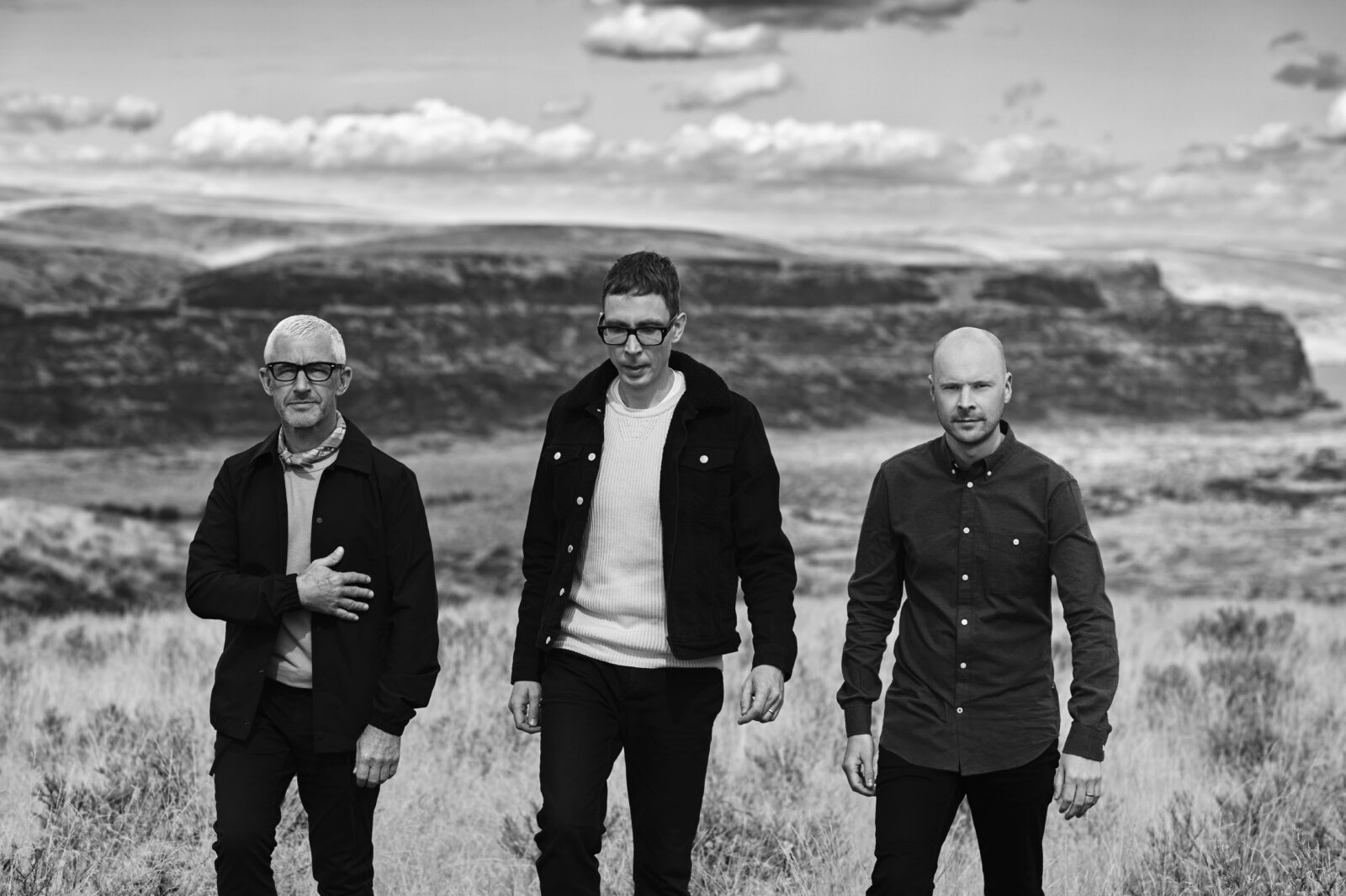 The best moment at ABGT250, Above & Beyond’s skyscraping open-air festival staged in front of23,000 fans at Washington state’s Gorge Amphitheatre in September? Ask the three men at theheart of it, you get three different answers.Paavo Siljamäki:“One day I was having lunch on my own in the winery–I know, a winery!–nextto The Gorge and heard these two couples chatting. They didn’t know each other beforehand, butas I sat there eavesdropping I realised I was listening to them becoming friends. They’d beendrawn together by ABGT250. That was the essence of the weekend for me.”Jono Grant: „I was in a car heading off the site with [singer] Zoë Johnston, and there was a longstream of fans leaving The Gorge. Zoë and I asked the driver to stop the car on a bridge that wasabove the flowing river of fans, and we got and waved goodbye to them as the walked throughthe tunnel. Everyone were screaming like crazy and it was a really fun moment. It never ceasesto amaze me both how much love and dedication the fans have towards it all.”Tony McGuinness: “Paavo was doing an 11am yoga set and I went with him. So, 2000 people infront of the yoga stage doing the downward dog, then a couple thousand more just enjoying thetunes he was playing, then a six-abreast stream of people in Anjunabeats and Above & Beyond t-shirts walking from the campsite–seeing all that for the first time, and seeing our family, if youlike, in broad 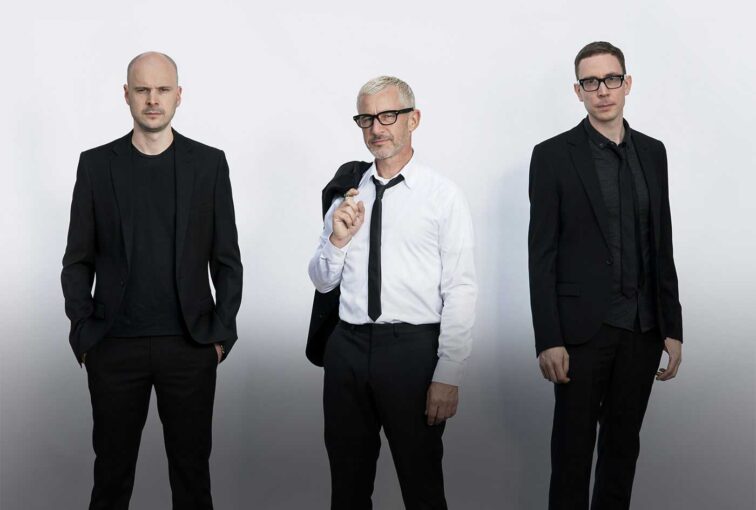 daylight and bright sunshine, brought home to me the enormity of our community.They were coming together in the spirit of openness and warmth and music. Let’s just say I wasglad I was wearing sunglasses because, honestly, I was choking up.”Three answers, one unifying theme: for their latest (ad)venture, hosted to mark their 250thGroupTherapy radio show, Above & Beyond had crystallised something that lay at the heart ofeverything they’ve achieved over their 17 years together. From developing that groundbreakingradio show to touring the world’s best clubs and most illustrious venues; from establishing athriving, multi-artist label to building a peerless catalogue of artist albums; from creating iconicdance anthems to curating soulful acoustic rerubs, one thing stands out.That is: Above & Beyond have carved out a unique space in music and culture, one that reachesfar beyond their electronic roots. In so doing, Jono, Paavo and Tony have created somethingspecial: a common ground where all sorts of people and ideas can come together. Celebration,kinship,

community–it’s the A&Bway.Presenting, then, Common Ground. The trio’s fourth electronic album is the follow-up to 2015’sGrammy-nominated We Are All We Need, and comes in the wake of sell-out shows at totemicvenues ranging from Colorado’s Red Rocks Amphitheatre to London’sO2. It features a quartet ofguest vocalists, a couple of them longstanding members of the family, a couple of them valuednewcomers. And it’s an album born from everything they’ve done so far, most recently theglorious Gorge happening and the band’s 2016orchestral tour in support of their second acousticalbum.“We were just absolutely spoiled with every venue on that tour,” says a still-buzzing Paavo. “TheSydney Opera House was emotional because that was the end of the whole tour. But I neverthought we could do a show at a Broadway theatre, or the Hollywood Bowl or the Royal AlbertHall–the ultimate homecoming gig for any band based in London. It was really the stuff ofdreams.”“It was great opportunity to make real in a live band universe–which means a lot to me–everything we’ve done with Above & Beyond so far,” continues Tony. “Us playing keyboards andguitars, and all those live strings and horns, consolidated my fantasy about everything Above &Beyond can and should be.”When it came towriting the songs for their next album, that tour, he adds, had an immediate,freeing impact. 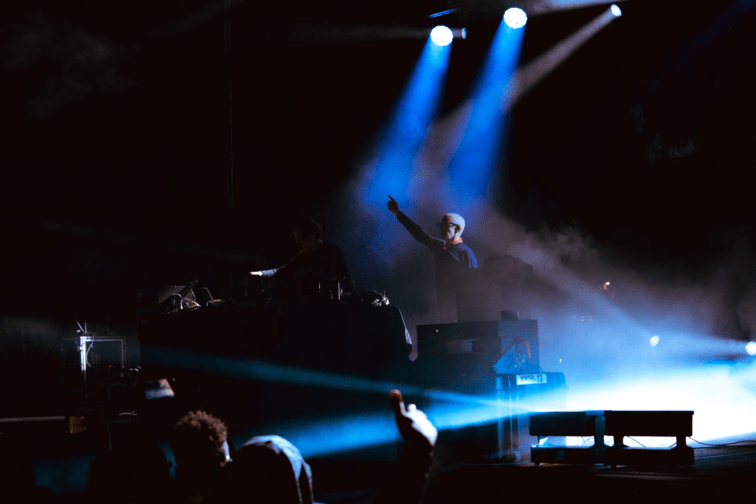 “The success of the acoustic tour has relaxed us even more in terms of what we can do and whatwe can use.”Less than 18 months since the end that most recentworld tour, and only two months since TheGorge, an energised and invigorated Above & Beyond are already almost ready for their nextchapter. The finishing touches are being made to Common Ground in the band’s London studio,but the songs are already firmly in place.An early keeper was the heartfelt, bittersweet Cold Feet, written and recorded with returningvocalist Justine Suissa in Paavo’s new studio in his Finnish homeland.“By the end of summer2016 we had had some really good writing sessions,” heexplains. „Then Justine came over toFinland in January to write songs with me. We were swimming in a frozen lake, then poppingindoors to write a song with a piano and and a mic in this totally isolated place. It was a fantasticplace to be creative together.”Beyond that, two teaser tracks have already been rapturously received. 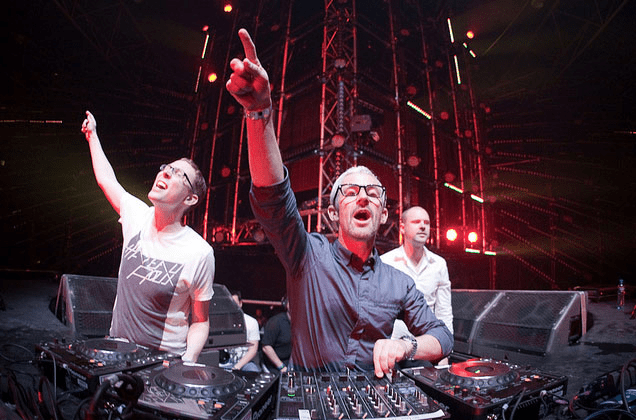 First up is the bleak-but-beautiful Tightrope, a big club track that Tony wrote with Martin Longstaff. “I met Marty at ChrisDifford’s songwriting workshop at Glastonbury a couple years ago. I was just blown away by him.”Welcomed into the A&B brood as a guest vocalist, his writing skills were too good an opportunityfor the ever-curious band to pass by. “Writing Tightrope together was a fantastic experience, andit just shows aslightly different side to us. It’s quite dark but still glorious because of his angelicvoice.”Then there’s the euphoric My Own Hymn, which features A&B favourite Zoë Johnston. “She’s justan absolute thrill to work with,” says Paavo, “and to see howher mind works–she’s one of themost creative people I know. And that song is really a result of one of these days where we justsit down with some ideas and at the end of the day we have a song.”Tony describes Common Ground’s second single as his favourite track on the album. “As well asbeing this wonderful earth mother to all of us, Zoë has a lovely independent streak. And this songputs into words that feeling that everyone can write their own script if they want to. It has depthand a fantastic inspirational side. We’re so lucky to have her in the band.”Now, teeing up the album’s January 2018 release–as well as a pair of landmark, turn-of-the-yearshows at New York’s Barclays Centre and the Los Angeles Convention Centre (followed by a fullspring US tour)–comes new single Northern Soul. Tony wrote it in 2014 after the band shot theOn A Good Day video in Detroit. He wanted to hymn the qualities of a once great, then neglectedand now resurgent heartland American city.“There’s a sense of hope when you go to Detroit now,” he notes, “and I knew I wanted to write asong about that.”Less immediately clear was who would be the singer. Exploring all their options, the band triedout (in Tony’s estimation) ten singers. All were great in their ownways, but none fitted the billexactly. Then he had the brainwave of sounding out one of the trio’s foundational singers.Richard Bedford was the voice of some of Above & Beyond’s cornerstone songs, notably Sun &Moon and Thing Called Love, before going off to do his own thing.“I just thought, sod it, I’ll give him a shout, see if he’s up for coming back,” relates Tony. He was,and he did, “and it immediately sounded and felt right. He’s got one those voices that has a reallylovely balance of power and vulnerability. And because he’s one of our original singers, it’s like heowns the song. It’s great to have back in the family.”Bedford’s involvement speaks to another dynamic at work on Common Ground. As theyapproach their 18-years-young birthday, Above & Beyond are refreshing their roots to reach newheights.

As Paavo says, “working with Richard for the first time in ages has that feeling of us looking backat our beginnings–and Northern Soul definitely covers again that happy-sad territory. It soundslike something really old and something really new mixed together.”On Northern Soul, at least, the threesome are coming full circle. But as for the rest of CommonGround? On previous form, it’ll showcase Above & Beyond not so much circling as spirallingupwards, outwards and onwards–not least on the not-quite-completed Is It Love (1001) a trackwhich features another brand new vocalist.“Yeah, Jono sings that,” chuckles Tony, “which is something he’s never done before. He’s very,very critical ofhis own singing, but in terms of the music he likes to emulate, that Eighties popthing, his voice is absolutely perfect on this.””I didn’t originally want to sing it, but the guys seemed to like it,” begins Jono by way of (humble)explanation. The backstory, he continues, is that the song was always meant to be a vocal track.“But the lovely folk at the offices at Anjunabeats rushed it to release, so it first came out as aninstrumental. Musically, it’s a mix of synth pop with a strange combo of tranceand almost aFrench disco feel to the crunchy claps in the chorus. I’d put some scratch vocal melody ideasdown a long time ago, and then later we came back to it with Tony writing the lyrics to fit themelodies around my original 'it’s the same way down’demo lyric. 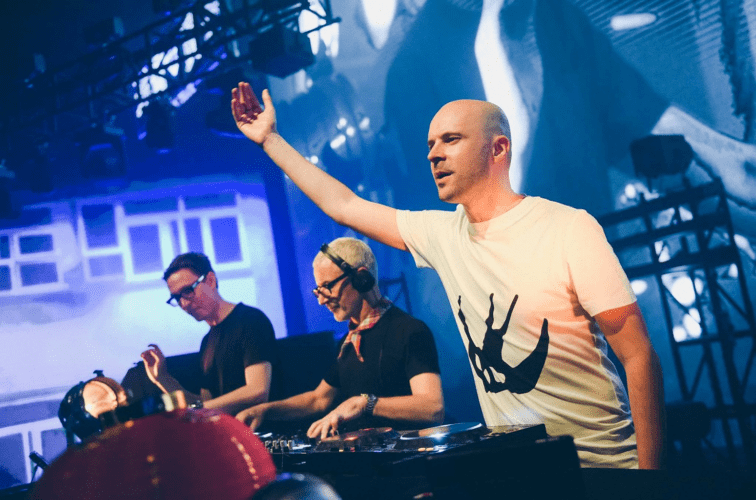 I am a big Eighties synth popfan,” he acknowledges, „so I wanted to do something with that kind of aesthetic.”In its own small way, Is It Love (1001) and its deft, smartly realised vocal left-turn sums up againthat A&B way. As Paavo cheerfully puts it in conclusion, “we do get bored quite quickly. Whenwe’re busy and creative, we’re excited. And we want to remain excited, and that means movingsideways, moving forwards…”And it means moving towards Common Ground