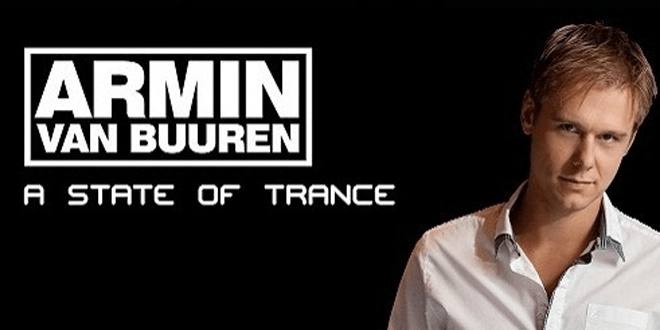 A STATE OF TRANCE

The show takes the format of a two-hour mix in which Armin plays new trance music (uplifting trance, vocal trance, and progressive trance), both promotional and commercially released. All tracks are announced during the show. The show has its own website, which enables fans to converse in chat-rooms and forums, such as Digitally Imported while listening to the broadcast. The success of the show has also spawned to include several dance events around the world. The show is celebrated live each year in different locations around the globe with a lineup consisting of many trance artists.

Episode 182 was the last to air on ID&T Radio as the show was canceled unexpectedly after the station decided to change its music policy. Episode 183 was aired a month later, through the Internet radio station ETN.fm. To better adapt to an international audience, Armin went from presenting in Dutch to presenting in English.

From episode 185, the show went from ETN.fm to DI.fm and began to synchronize on many national radio stations.

A State of Trance Episode 001.

A State of Trance was formed in 2003 as a sub-label to its Dutch parent company Armada Music. The style of released music is mainly trance and progressive trance. The label is focusing on both young producers (such as Filo & Peri, 8 Wonders, Robert Nickson, and Galen Behr) as well as established artists (like Markus Schulz, Sunlounger, Sean Tyas, Signum and Vincent de Moor). It released its first vinyl release in 2003 with „Questia – Nexus Asia and reached its 100 release (ASOT100) with „The Doppler Effect – Beauty Hides in the Deep / Envio – For You (The Blizzard Remix)” in June 2008. 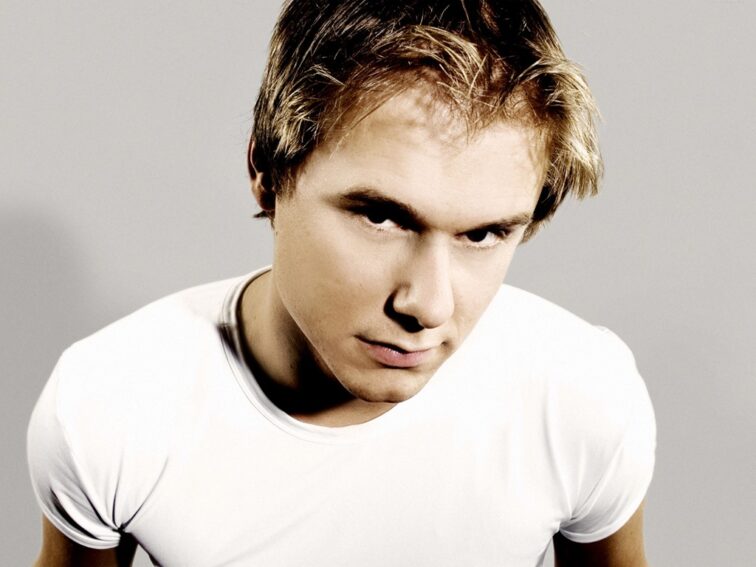 While it was not the first radio show to broadcast a two-hour mix from a recurring DJ, A State of Trance’s legacy has extended beyond the trance scene. Part of this may be due to the fact that for most parts of the world, A State of Trance was only accessible via Digitally Imported, an internet radio station. Since A State of Trance has gone on the air, numerous DJ’s have created their own radio programs similar to A State of Trance. Some of which include, Above & Beyond with Trance Around the World (now rebranded as Group Therapy), Aly & Fila with the Future Sound of Egypt, and Markus Schulz with the Global DJ Broadcast. Some radio shows that don’t even play trance music have spawned out of the spirit of A State of Trance (such as Carl Cox’s Global, Hardwell On Air, and Nicky Romero’s Protocol).

Although the program usually takes the format of a mixture of two hours in which the latest musical developments are presented, special episodes are also made such as anniversary broadcasts, programs in which the Tune of the Year is chosen, the Yearmix, broadcasts of recorded or live sessions, as well as various specials (such as episode 666).

The 100th episode was a 5 hours special show, with guestmixes and the best tunes of the 100 episodes.

The 200th episode was a 4 hours special show, with the most requested songs by listeners, Gabriel & Dresden guestmix, and one hour of live show from Amsterdam.

In March 2011, during the Ultra Music Festival, A State of Trance was given its own stage as part of its 500th episode tour. This was the first time a radio show was given its own tent at a music festival, along with its own broadcast, separate from the festival’s official broadcast. Typically a festival stage is hosted by either a particular style of music, or a record label. Since Ultra 2011, A State of Trance has had its own arena at Ultra and the Electric Daisy Carnival in Las Vegas.

Since 500th episode, A State of Trance’s annual episodic celebrations have effectively replaced Trance Energy (later simply called Energy, focusing on electro house instead of trance) as the main trance event in the Netherlands, where every year the biggest of these celebrations takes place. 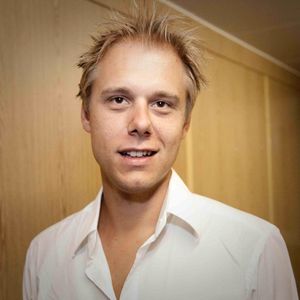 The Tune of the Week is selected by Armin van Buuren as his personal choice of best new tune in the show.

The Future Favorite is voted for by listeners from a list of new tunes from the previous week’s show. This section began in episode 090. The poll takes place at http://www.astateoftrance.com/futurefavorite/.

The Service for Dreamers (From episode 284 to 769, it was known as ASOT Radio Classic and between episode 770 and 799 as Armin’s Oldskool Classic). Armin selects a track from past years and briefly describes what made the track a classic. Armin also played a classic track on each of the first 16 episodes in the early days of the radio show. These tracks were productions from the 1990s and showcased some of the very earliest pioneers of the Trance genre.

Armin asks the listeners of A State of Trance to submit original suggestions for this section with the stipulation that the track not be a track already played on ASOT as a Classic.

The Trending Track is the most discussed track from last week’s show. This section began in episode 706.

The Progressive Pick is a segment for a featured new progressive trance track. This segment began in episode 717.

On the last episode of A State of Trance 1000 Armin van Buuren told the whole story and did an over five hour show where he presented the most popular fifty tracks and artists such as Gaja, Tiesto, Robert Miles, Atb, Ferry Corsten and many other highly respected and remembered producers from the world of Tarnce music.