THE DRUMSHEDS LONDON
A PIONEERING AND MULTI-PURPOSE EVENT SPACE SUITABLE FOR LARGE-SCALE INDOOR AND OUTDOOR MUSIC AND CULTURAL EVENTS AS WELL AS FILM AND PHOTOGRAPHIC SHOOTS.

Operated historically as a gasworks between the 1930s and 1970s, The Drumsheds’ collection of characterful industrial warehouses have remained criminally dormant and unused until now. This unique, striking venue has finally been revitalised, hosting filming, automotive launches, exhibitions and more since reopening.

Drumsheds benefit from large, open spaces. High ceilings throughout (up to 23m) make the space a springboard for big ideas. Most recently, filming partners including HBO, Film4 and StudioCanal have taken advantage of the sprawling 68,000 sq metre complex, making use of full drive-in access and uninterrupted 24-hour use of the venue for their recent shoots.

Combining ten acres of outdoor space and four colossal, interlinked warehouses, the former BOC gasworks boasts a staggering indoor capacity of 10,000. This cavernous, industrial setting has hosted some of the UK’s biggest events, including Field Day London, underlining the capability at Drumsheds to run later and louder than anywhere else in London as a game-changing prospect for the Capital’s vibrant events culture. 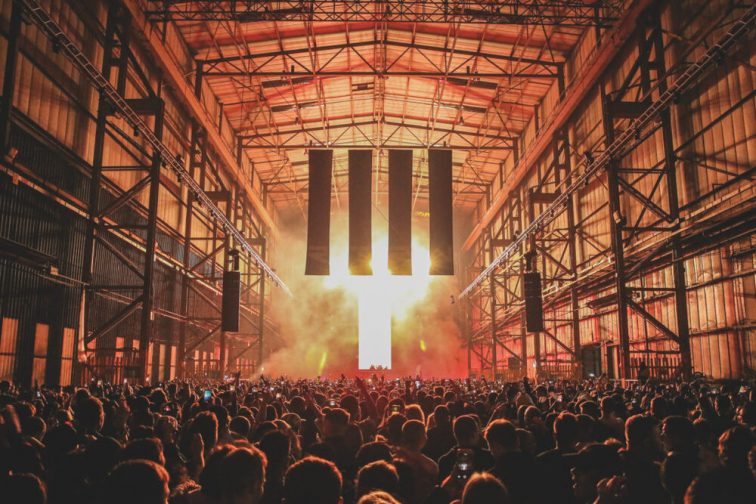